How to Pull Great Profit from the TOTW Weekend? 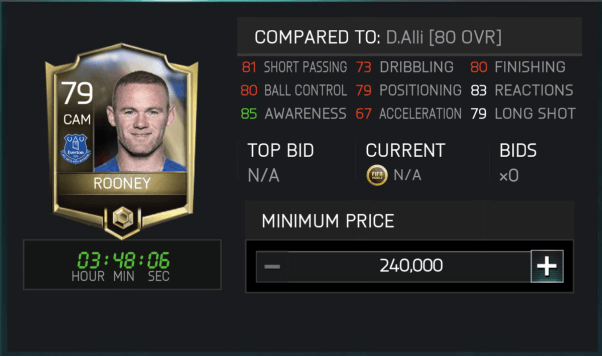 The team of the week (TOTW) is a massive opportunity for making big profits. During this period (starts on Wednesday every week) there will be a limited supply of certain players that tend to cost more FIFA 20 coins than usual.

Here’s how to increase your coins during TOTW.

Purchase the normal card of a player listed in the TOTW

Not too many people realize that during TOTW just one version of a card is released. No standard version is released during this period. That means if some player is part of the TOTW, he will not be featured in a normal card in packs.

As a result, demand automatically increases the value of those players.

That is before the announcement of the TOTW, which is usually at 3 pm UK time on Wednesday. You need to try and find the most affordable version of the player with the desired chemistry styles.

The trick is to use popular players that are continuously doing well and their stats are steady.

Once you do that it is a matter of time and patience. The price is almost certain to rise. The only issue is how much will it rise.

Gather information within the first days of release

Once cards are released, many people don’t pay too much attention to how valuable they are. Because of that, many cards are undervalued. To make the most of this you will need to use the 59th-minute method.

Usually, the first 24 hours of the release are the riskiest and the prices are highest. So, don’t bother much during that initial period and make your moves later.

Keep a close eye on IF prices

When an IF card is not released any longer its rate tends to go up. That is because there are fewer of them on the market and those that have them keep them for their teams. At the same time, the demand will be there, which creates an opportunity to make solid returns. The rise is always temporary until the next TOTW, after which its value is expected to decrease.

This can be a risky strategy, but at the same time, if you got the timing right, the potential profits can be massive.

Know that some players might go for a second IF, or SIS. That can bring the first IF price decrease for a few percentages. If that happens, the best course of action is to be patient and wait for a while before the price is back to its original value, then sell.

Most people are creatures of habit. Plus, it is not that hard to pick players that are having a good season, just follow their statistics. Then, there are opportunities such as the team of the week.

Combine what you’ve learned here, analyze people’s behavior week in and week out, follow player’s statistics, and you will see the pattern. Once you identify the pattern everything comes easier and your profit will be continuously growing.

Where to Buy Puffy Stickers Wholesale

How to Make International Calls in Africa